Recap: Politics of Uncertainty: the U.S., the Baltic Question and the Collapse of the Soviet Union 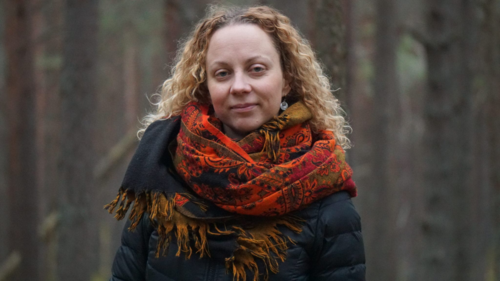 Dr. Una Bergmane is a postdoctoral researcher at Helsinki University. She holds a Ph.D. from Sciences Po Paris. In the past, she was a Fox International Fellow at Yale University. Her research focuses on the Soviet disintegration and the end of the Cold War, Russian-Baltic relations, and the contemporary politics of Latvia. Dr. Bergmane’s presentation drew upon her forthcoming book “Politics of Uncertainty: the U.S., the Baltic Question and the Collapse of the Soviet Union” (Oxford University Press, 2022). For the full length recording of the presentation, the video is available here.

Dr. Bergmane outlined that her book aims to tackle the interplay between international and domestic dynamics in the Soviet disintegration process. The study builds upon a large body of archival material. Dr. Bergmane attempts to explain the relationship between the American government and the Soviet center during perestroika.

Emphasizing the term “Uncertainly” in the title of her research, Dr. Bergmane outlined the main sources of uncertainty for the U.S. government: Gorbachev’s intentions within perestroika and the issue of stability of his power. Important that at the moment was a top priority of Washington in the reunification of Germany. But recognizing the special status of the Baltic was also very important in Washington. “Between 1989 and 1991 Washington and its European allies moved from the position of extreme prudence regarding the Baltic claims to fully embracing their independence,” Dr. Bergmane said.

Dr. Bergmane explained that Estonia, Latvia, and Lithuania had to overcome their invisibility for Washington and Western Europe. She mentioned that the Baltic republics sought international recognition of their independence and restoration of their historical status as free countries as the primary strategy in overcoming this invisibility. This way, said Dr. Bergmane, “Baltic states developed higher international visibility among the Soviet republics.”

Dr. Bergmane pointed out that visibility in the international arena was essential for Baltic activists. Baltic leaders did not believe that Moscow on its own would ever let Estonia, Latvia, and Lithuania leave the Soviet Union. Thus, “independence seemed to be achievable only through international negotiations and international recognition.”

The outside perspective upon the Soviet internal dynamic was crucial; actors involved in the Soviet power struggle acted and reached each other, keeping in mind the presence of the external gaze upon them from the West. These efforts were successful – through the agency of grassroots and diaspora activists and local politicians, the Soviet Baltic republics drew the attention of the U.S. government and other European countries, which helped to ensure their future independence.

During the Q&A session, one of the donors to the Baltic Studies Program, Dr. Kristaps J. Keggi, M.D., recalled his time as a member of the diaspora and inspiring moments in the regaining of independence by the Baltic states.