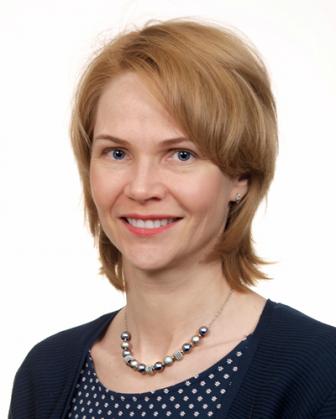 Eva Piirimäe is Associate Professor of Political Theory at the Johan Skytte Institute of Political Studies, University of Tartu. Professor Piirimäe received her Ph.D. from Cambridge in 2006. She has recently co-edited (with Alexander Schmidt) a History of European Ideas special issue “Sociability in Enlightenment Thought,” and has published a number of articles in journals such as History of European Ideas, History of Political Thought, and Eighteenth-Century Studies, Intellectual History Review, Acta Philosophica Fennica and Ajalooline ajakiri: The Estonian Historical Journal.  In 2013 her article “Humanität versus Nationalism as the Moral Foundation of the Russian Empire: Jegór von Sivers’ Herderian Cosmopolitanism” was awarded the Estonian Historical Journal’s Prize for the Best Article of the Year (2012).  Piirimäe has also led two Estonian Science Foundation research projects and is a member of the “Commerce and Perpetual Peace” research group.  Piirimäe’s research interests include early modern and contemporary theories of patriotism, nationalism, cosmopolitanism and international peace, Enlightenment philosophical histories, and contemporary debates on national self-determination and on the concept of Responsibility to Protect.

At Yale, Professor Piirimäe is at work on a book project titled “Patriotism, Nationalism and the Progress of Humanity: Herder in the Context of European Enlightenment.”  This book breaks new ground in the study of the intellectual origins of nationalism by reconstructing Herder’s contribution to eighteenth-century debates on modern patriotism, the history of mankind, and the prospects for peace in Europe.   Tracing the evolution of Herder’s views, Piirimäe argues that Herder sought to carve out a distinctive ethics of purified patriotism as well as cultural and political self-government for modern European nations, while also advocating a broader humanitarian alliance between them.  Piirimäe is also currently co-editing (with Liina Lukas and Johannes Schmidt) a joint volume entitled “Herder on Sympathy and Empathy: Theory and Practice.”